There are so many ways that immigrants contribute to our quality of life each day. As individuals arrive in the United States to pursue the "American Dream," they add to our skilled workforce as they fill roles in healthcare, science, education, and more. They also supply an ever-widening gap in employment for the general labor force.

The one-year 2019 American Community Survey data indicates that 3.2 million immigrants ran their own businesses, making up one in every five entrepreneurs in the country. In 2019 their combined business income was reported at $88.5 billion. "It is hard to overstate the importance of entrepreneurship, since new businesses are the main driver of job growth in the United States. Immigrants play a particularly important role in this—founding businesses at far higher rates than the U.S. population overall."

Nury Varga can still recall the fear she felt twenty years ago at the prospect of selling her home in Montevideo, leaving her country and all that was familiar to her and her family to emigrate to the United States. But she wanted a better future for her children, and she had a dream of opening her own business one day. She knew she would have to leave Uruguay to reach those goals.

Today Nury and her daughter Ivanna Arambillete stay connected to their birthplace by sharing their culinary heritage in their new home in Lancaster. Two years ago, the mother and daughter realized Nury's dream when they opened Empanada Gournet in the Lancaster Marketplace.

"We wanted to bring a different empanada to Lancaster, like the ones we used to have in South America."
- Ivanna Arambillete, co-owner Empanada Gourmet

Ivanna believes that sharing their authentic empanadas is an essential part of their business mission. It is what defines them and brings them together as a family. They value this opportunity to share the experience of their country in their new city through the food they bake. There is no better way to connect with people.

Their Uruguayan empanadas proved a solid success at their first location in The Lancaster Marketplace. The business became a family enterprise that employed Nury and Ivanna's family members as it prospered – another dream realized. The pandemic crisis hit just as they were beginning to become established on Fruitville Pike. 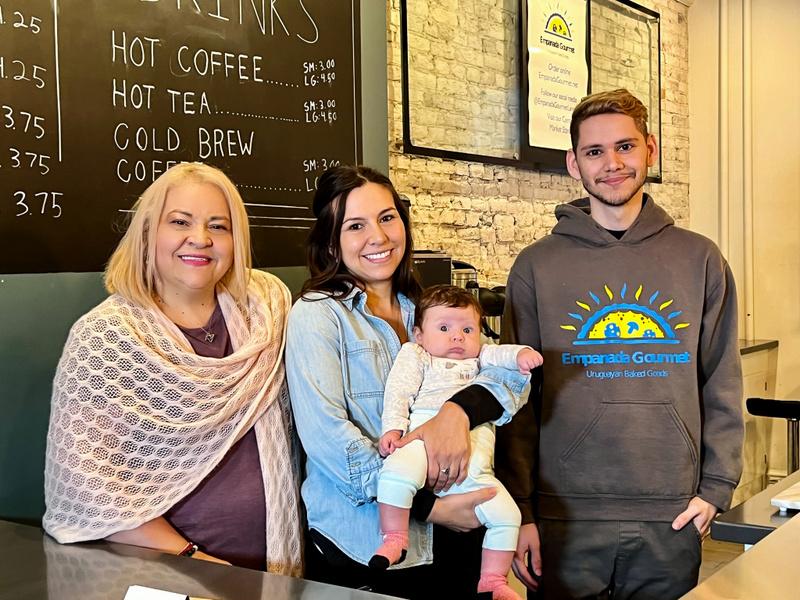 "After being closed for two months, we decided to start online ordering and curbside pickup. Fortunately, this helped our business in the long run, and we were able to open two new locations at the beginning of 2021."
- Ivanna Arambillete, co-owner Empanada Gourmet

The American Dream Within Sight

This year brought significant change for Nury, Ivanna, and their family (which now included a brand new baby boy). They learned there was an opening for Empanada Gourmet at The Lancaster Central Market, the oldest continuously operating farmer's market in the United States. Later they received notice that Lancaster Marketplace was closing at the end of February. Nury and Ivanna did not allow this news to interrupt their forward momentum. They soon arranged a second location for their business in the heart of Downtown Lancaster at 46 North Prince Street.

Once Empanada Gourmet was operating smoothly in two locations, Nury and Ivanna moved on to their next big goal, but they realized they would need some help to guide them in achieving this one. So, they reached out to SCORE Lancaster-Lebanon, and Jerry Glenn was assigned as their mentor.

From the very first meeting, Jerry has been impressed by the fierce determination of these two women and the passionate work ethic of the entire family.

"Nury and Ivanna started this business with a family recipe and minimal financing. But the outstanding quality of their empanadas has led to steady and consistent growth of the business. They work long hours together as a family dedicated to sharing their culinary culture and the success of Empanada Gourmet."
- Jerry Glenn, SCORE volunteer mentor 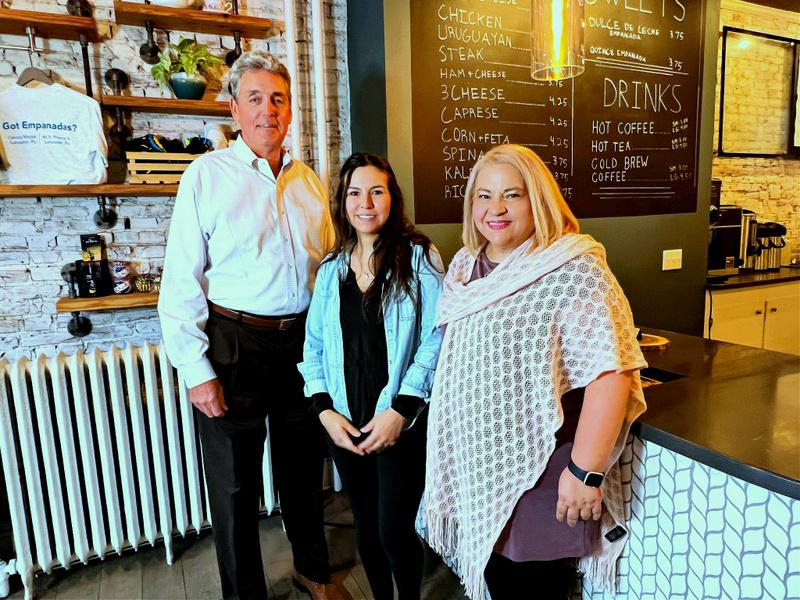 The women had decided to make a significant investment for their business and their families future. They would be preparing an offer to purchase the property at 45 North Prince Street. Ivanna and Nury knew this would be a sound business investment. But, more importantly, it would provide an opportunity to create generational wealth to pass on to their family.

The multitude of forms that are needed for a business finance application can be daunting. But, an experienced volunteer SCORE mentor helps lighten the burden of that process by working closely with the client.

"Thanks to SCORE, we have been able to come up with a business plan that will help our business tremendously by allowing us to purchase a property and adding income that will be invested back into our business."
- Ivanna Arambillete, co-owner Empanada Gourmet

Ivanna and Nury's dream does not end in Downtown Lancaster. They are looking toward the future and the possibility of opening other locations for Empanada Gourmet. Ivanna plans to have a SCORE mentor working beside her each step of the way. 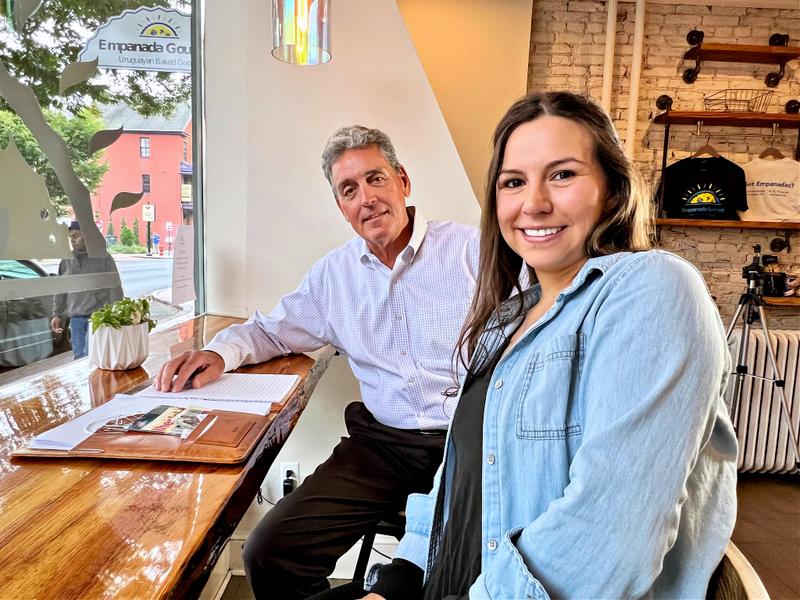