In Central Pennsylvania, that small sweet baked good, covered with frosting, popular at birthdays and celebrations of every kind has become synonymous with Lancaster Cupcake.  Jeff and Emily Mitchell began their cupcake journey in 2011 when Emily turned her lifelong love of baking, inspired by time spent in her mother’s kitchen, into Pennsylvania’s only subscription Cupcakery. Lightning truly struck in 2012 when Emily and Jeff were featured as a team competing on the Food Network show Cupcake Wars and returned triumphantly to Lancaster with a second-place win. Since then Emily and Jeff have built a cupcake empire with two sweet & distinctive signature pink Cupcake Trucks and three locations that are considered the premier destinations for the area’s most fabulous cupcakes. 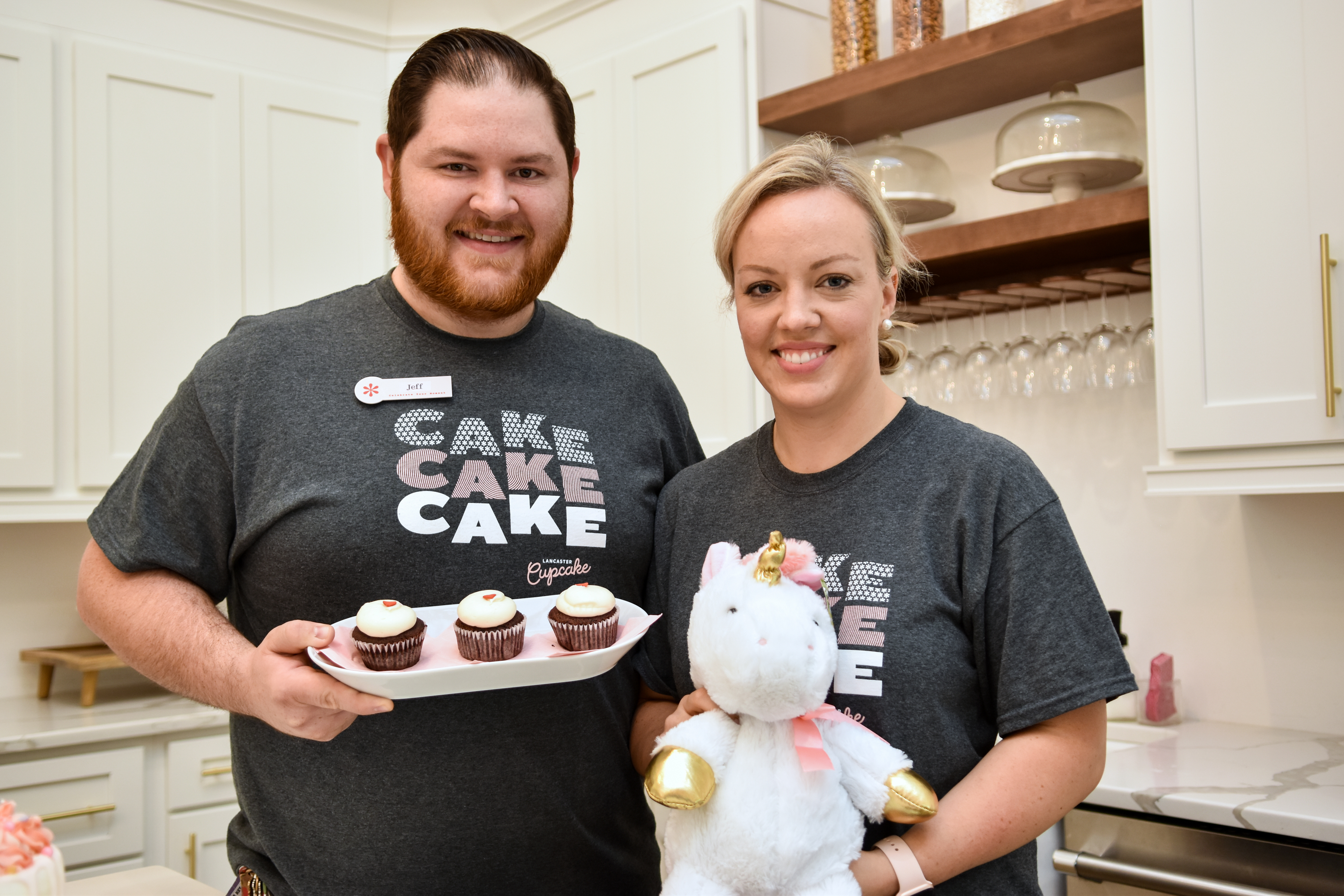 A thriving business and a best-selling, widely recognizable brand is something every small business owner dreams of attaining. But in July of 2018 Jeff reached out to SCORE Lancaster-Lebanon for the guidance of a mentor to consult on business financial strategy and long-term planning. After eight years of steady growth and expansion it was time to take a step back and get professional, and in this case free advice, on organization and development. As Jeff would later express it, “I wish I knew that SCORE was here for us back when we were first starting out!”

Jeff and Emily began working with SCORE mentor Andre Renna who brings a wealth of knowledge from an impressive forty-year career as a business executive to this client-mentor relationship.

“We started with SCORE for help with cash flow analysis. We were at a point where our development was increasing at a rapid pace, and we had a new buildout with permit delays causing a chain reaction of expansion growing pains. Andre gave us clear guidance and advice and a worksheet to go through. After about two meetings, we were able to reorganize our financials to match the situation. Since then he has been a constant help in pushing us forward on our ideas and challenges us to make plans and set goals and then holds us accountable for them.”
- Jeff Wright, co-founder of Lancaster Cupcake 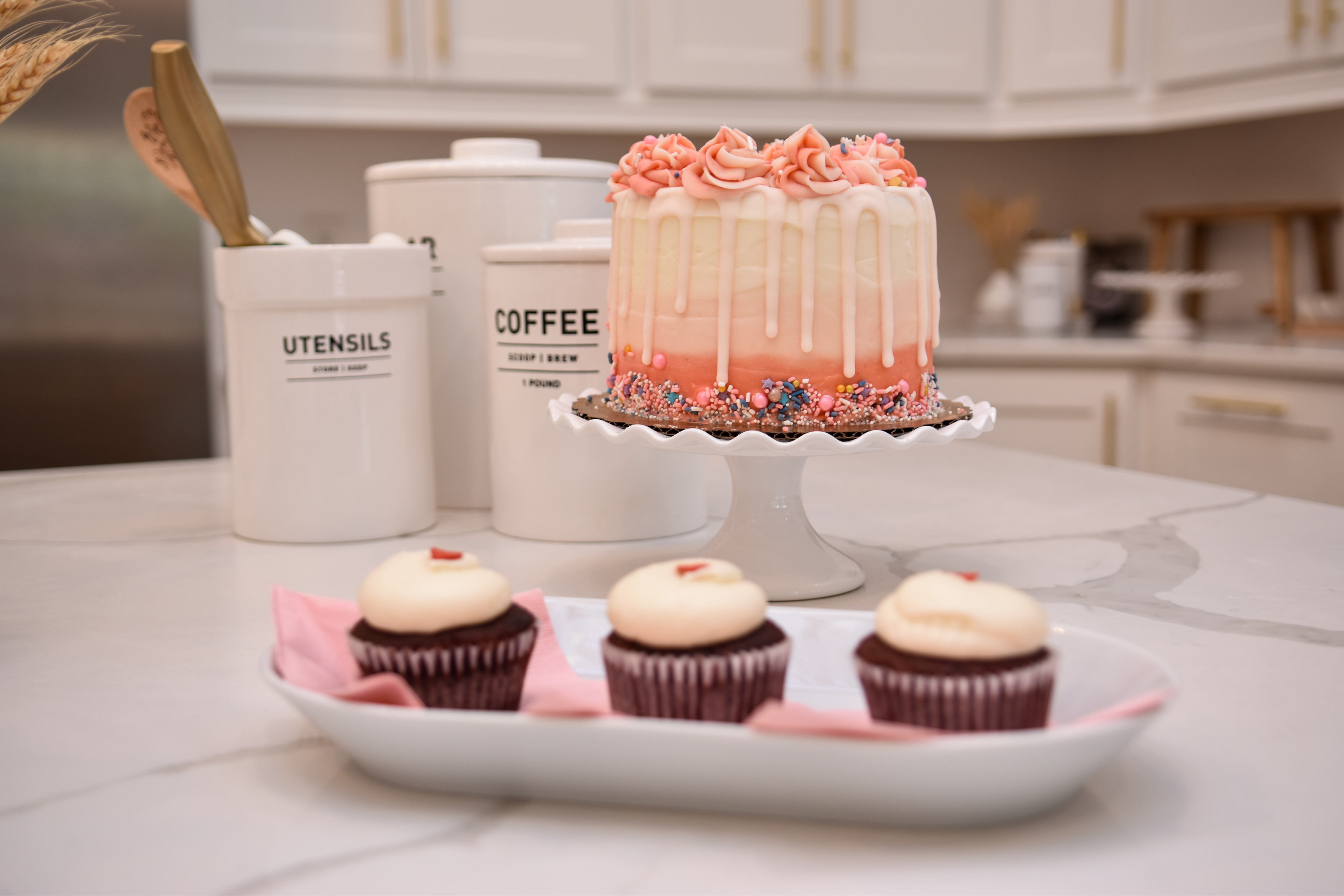 Lancaster Cupcake is a sweet example of an established and successful company reaching out to SCORE Lancaster-Lebanon for the professional guidance and advice that our volunteer mentors offer. Our clients' success is our success. The quality of their experience at SCORE is the truest measure of our success as an organization. 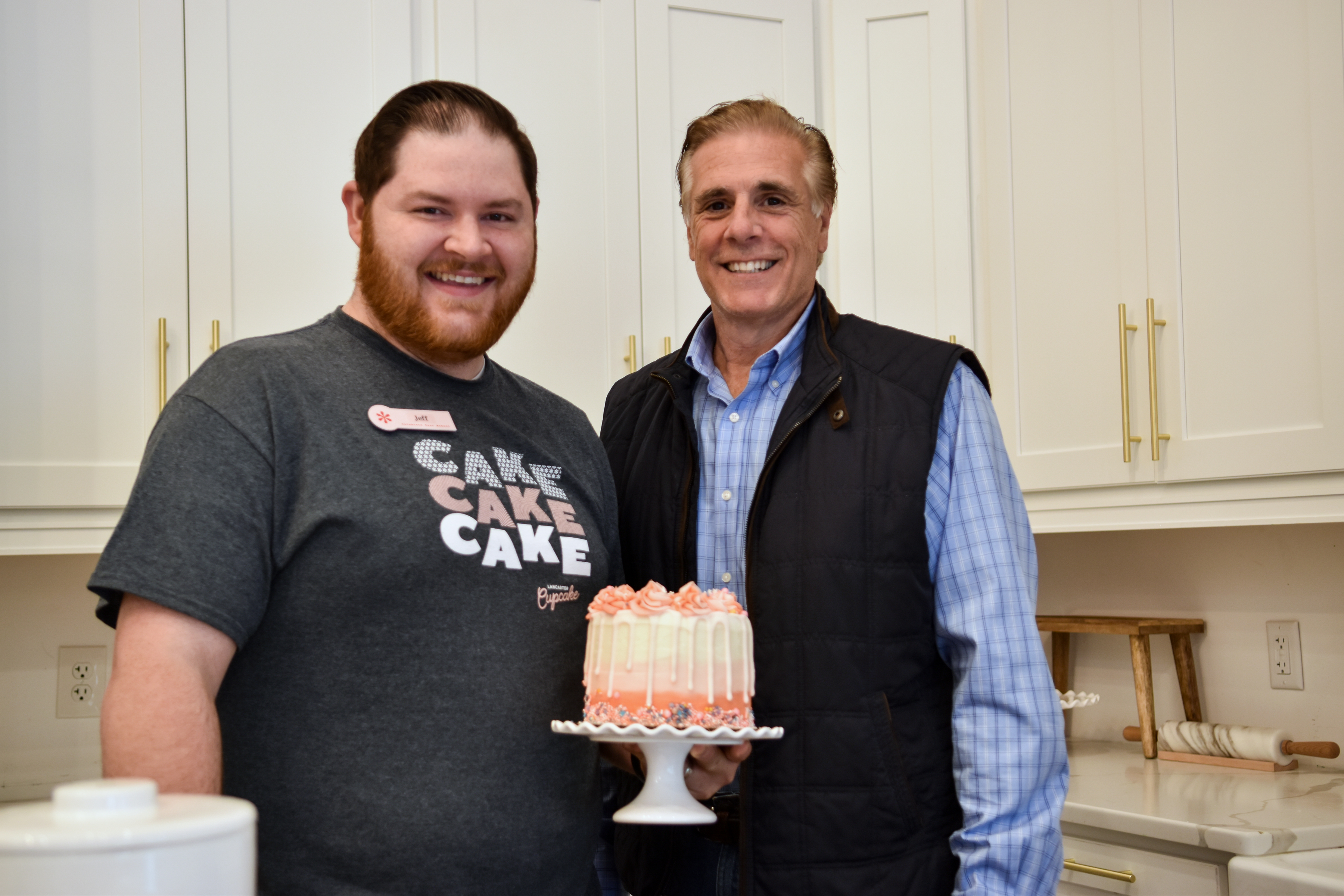 “The council and conversations with SCORE mentor Andre Renna were a turning point for Lancaster Cupcake. It was so valuable but also hard work to implement. Our advice to other small businesses is you can talk all you like, but the help from a SCORE mentor is there if you need it, and at some point we all do. Our SCORE mentor helped us to be accountable, to make firm plans, and follow through on them.”
- Jeff Mitchell, co-founder of Lancaster Cupcake