There are some careers that you are truly born to. Bob Sims began to master his trade at the age of 14 in his father’s welding shop and later in a vo-tech class in high school.  He went on to a life-long career as a professional welder and a weld shop supervisor for a large company. That ended seven years ago when the firm downsized, and Bob found himself at a crossroads.  He decided to use his welding skills to pursue his own small business specializing in custom projects and hoping to establish a reliable income source for his family. But first, he needed a plan, and so he turned to SCORE for guidance. 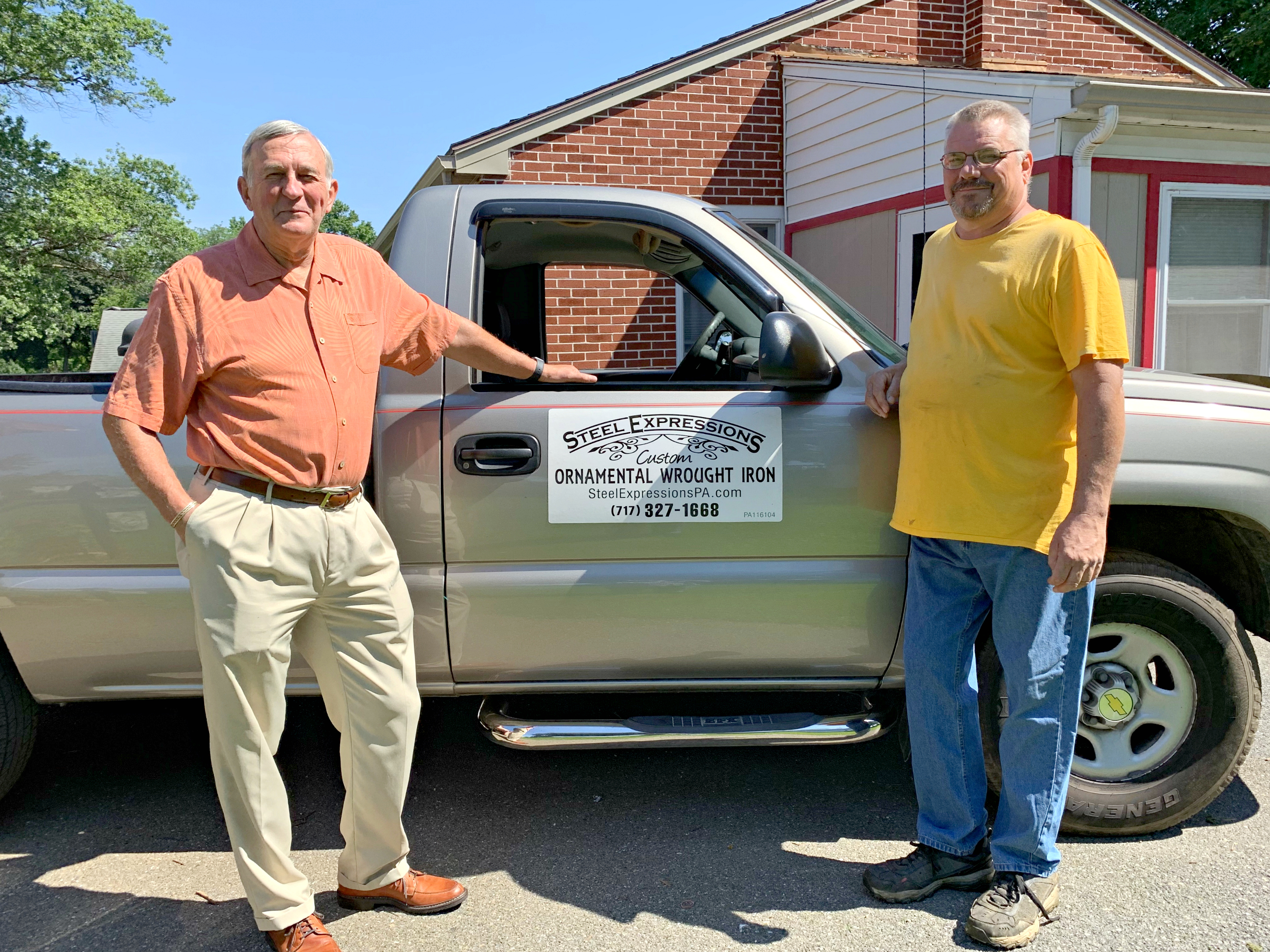 After reaching out to SCORE Lancaster-Lebanon in August of 2012 Bob was assigned to volunteer mentor Dick Hendricks. The two quickly developed a strong bond as they worked together on a plan for Bob’s new business Steel Expressions,LLC.

The business started out making decorative items for the home. Candle and plant stands were popular, and soon Bob took on larger commissions with park benches and “Memory Benches” that were placed in local retirement centers. Through a process of trial and error, Bob experimented with different business models for his new enterprise, including opening a brick & mortar presence to sell his creations in Lititz in 2013.

“Bob has been willing to experiment and try new things. He is also equally quick to abandon what is not working and try something new. My greatest satisfaction in our relationship has been to see Bob grow in his self-confidence and belief in himself.  He has finally come to recognize that he is good at what he does and creates real value for his customers.” 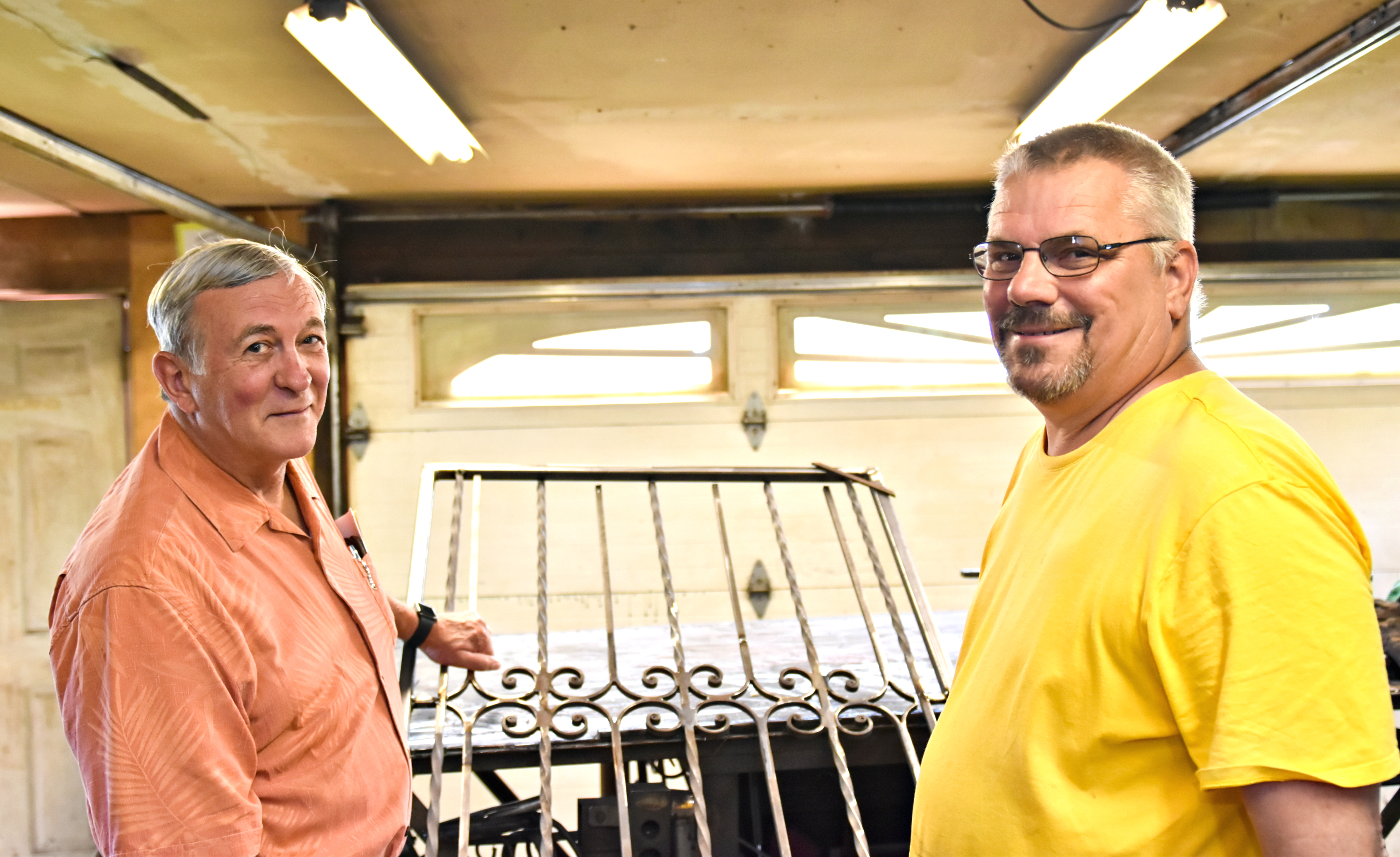 Through every step of this business journey, Bob has had his SCORE mentor by his side to advise and support him as he made decisions about the direction of his company. Growth built steadily through word of mouth recommendations on the quality of his work, and soon Bob was filling custom orders for interior designers in the Philadelphia and New Jersey markets as well as local contractors. He found himself in the enviable position of being steadily engaged in designing and creating custom wrought iron creations but was happy to put some orders on hold when he received the commission to create an impressive wrought iron archway at the entrance to the Grosh Field at Warwick High School. The completed arch is one of Bob’s proudest projects, and a plaque was created by the football and field hockey parents’ groups that now sits at the base of the entrance arch that reads “The Warrior Arch was constructed by Bob Sims and Steel Expressions.”

Steel Expressions is now an established and well-respected wrought iron design and construction firm with a steady stream of orders and contracts that keeps Bob busy year-round.

But he still meets with his mentor Dick Hendricks a few times a year to discuss the business direction and to catch up on any issues that might merit discussion.  Bob leaves encouraged by these regular check-ins and recommends them to all established small businesses, or start-ups.

“I would say to anyone considering their own business, or already in an established one. Reach out for a SCORE mentor for some help along the way. Because no one can do it all on their own and you will have the reassurance of knowing that there will always be someone standing beside you for support in running your business. You not only have a mentor; you have a friend.”