Since its founding, this country has served as a sanctuary and a safe haven for individuals fleeing persecution and violent conflict. Today, U.S. efforts to resettle refugees fulfill an essential humanitarian mission while also providing significant economic benefits to the country. Refugees contribute billions of dollars each year to the economy through consumer spending and business start-ups, resulting in a net positive fiscal impact.

The Courage to Embrace Change

One of these enterprising refugees is SCORE client Salah Khilo. Salah earned his living as a gifted tailor in Aleppo, Damascus, and Lebanon for seventeen years. Salah is Kurdish and lived in Northern Syria.  He was a tailor in Lebanon and then in Syria until the Syrian war broke out, and in 2011 his home and tailoring business was destroyed by bombing.

Salah and his family of seven, his wife, and five children relocated to Istanbul for some time while the United Nations International Organization for Migration (IOM) processed his application for immigration to the United States. Mr. Khilo and his family were resettled in Lancaster about five and a half years ago.

Now Salah is joining the growing number of immigrant entrepreneurs that play an increasingly pivotal role in the U.S. economy. He established Khilo Sewing, a tailoring, clothing repair, and alterations business in Liberty Place at 313 West Liberty Street.

While setting up his new three-room suite of workspace in Liberty Place, one of the first tasks Salah needed to do was have a sign made for outside his door. He particularly liked the style and design of the sign displayed by his neighbor across the corridor, so he called his good friend and advisor Amer Al-Fayadh. Amer was delighted to hear that Salah's business neighbor was SCORE Lancaster-Lebanon and explained the advantages of having the guidance of an experienced, professional SCORE mentor during this early stage of his business. Salah reached out to SCORE and was assigned Patrick Kameen to serve as his mentor. 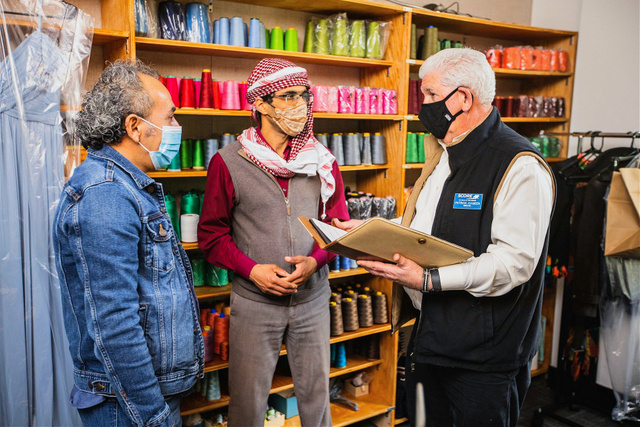 Fate was not finished playing a role in this story, though. Amer Al-Fayadh is the founder of Communication Essentials, LLC, the language and document translation service that SCORE Chapter 16 has come to rely on when assisting our clients who do not speak English or whose command of the language remains limited.

Laying the Groundwork for Success

Patrick and Amer worked in partnership over the last four months to help Salah lay the groundwork for success for his new enterprise. They worked together to market Khilo Sewing services to appropriate local businesses such as retail clothing stores, dry cleaners, and wedding apparel retailers. Working through Amer, Salah and Pat developed and designed a standard price list based upon a competitive analysis of other similar local service providers.

Pat has ensured that Khilo Sewing has an effective website and has ongoing Google search engine optimization strategies to keep his website front of mind with consumers. Salah is now quite fond of following his work's glowing reviews that continue to grow on his Google business profile. 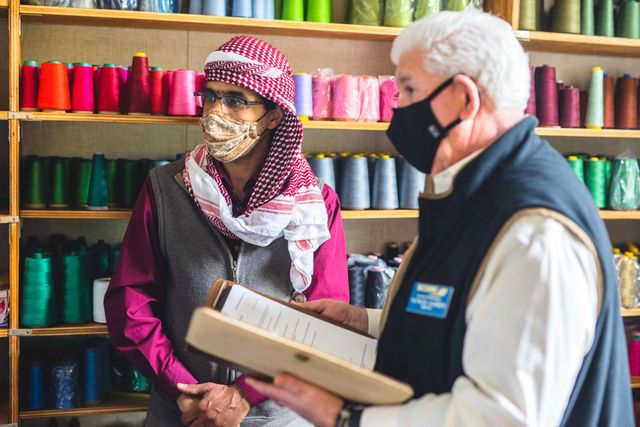 "My SCORE mentor is using his business experience to guide me and bring to my attention matters that are important to my business. Many are in areas that I am not familiar with, and God bless him for all that he is helping me with right now. I am so grateful to have my mentor and my dear friend Amer by my side as I begin this journey." 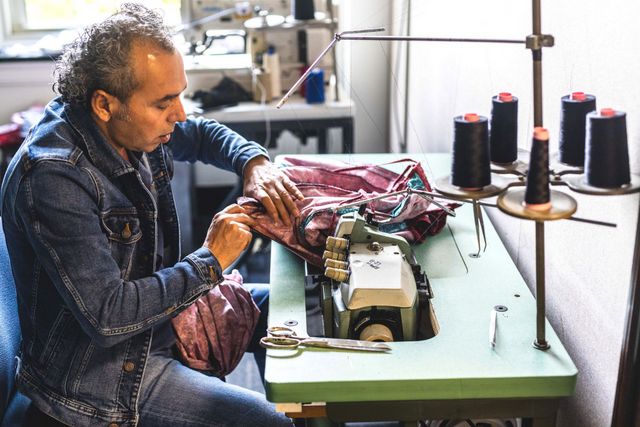 Most importantly, for future growth and continued success, Pat and Amer have encouraged Salah to enroll in English classes with The Literacy Council of Lancaster-Lebanon. Removing this barrier of language and opening communication will also open a rich world of possibilities for future growth for Salah Khilo.

Doubling the Rewards of Mentoring

There is an enormous amount of time and effort invested with a client that has limited or no English language capability. However, SCORE mentor Patrick Kameen reports that the rewards are equally rich as well. 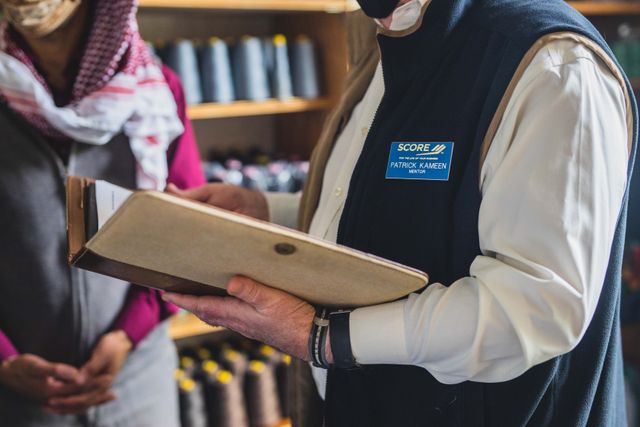