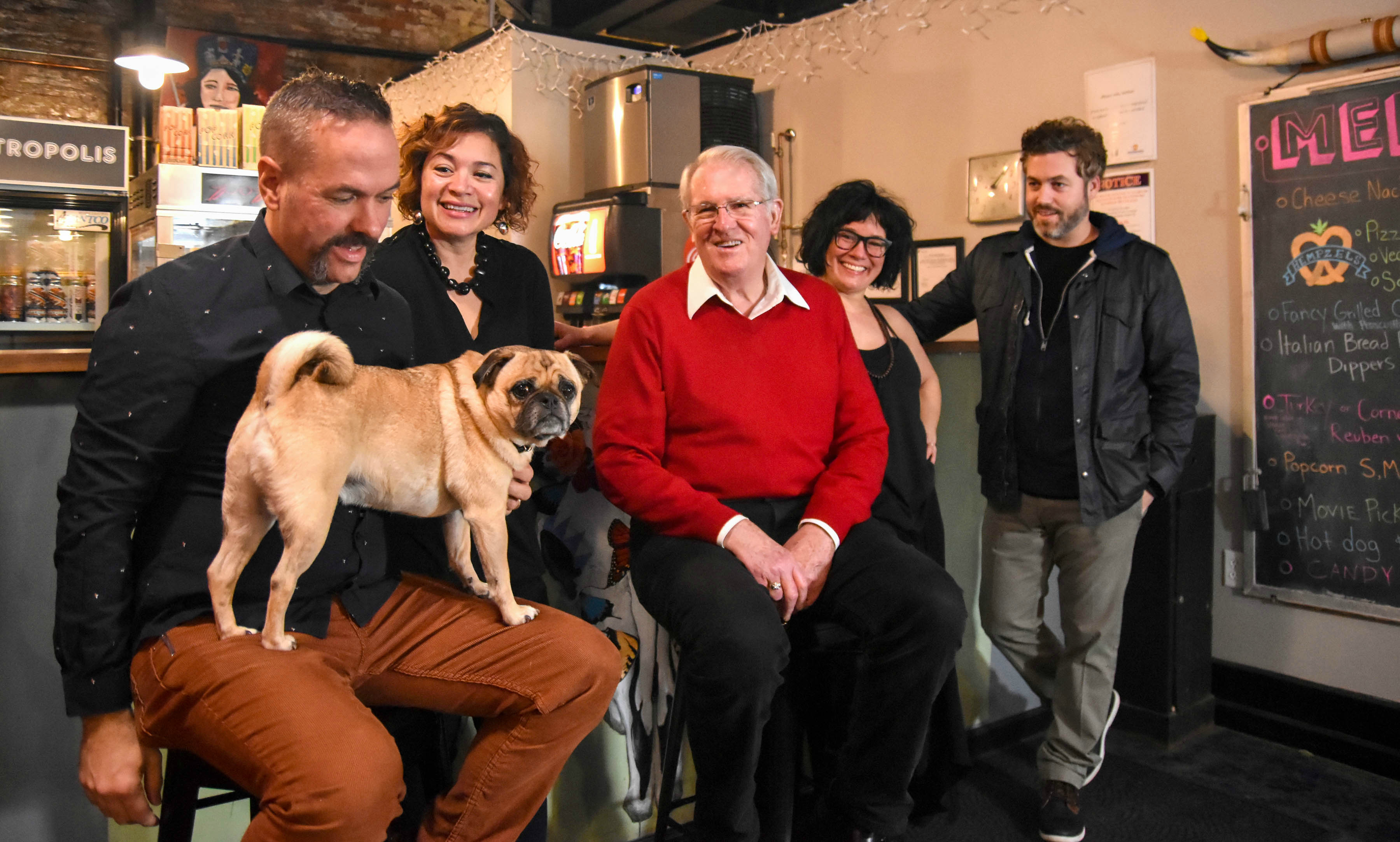 The City of Lancaster is receiving accolades as one of the Best Places to Visit and is listed on Forbes Best Places to Travel list. One of the most eagerly awaited openings on the cultural and culinary horizon is the debut of Zoetropolis Cinema Stillhouse. No one is more excited for that day than SCORE Lancaster-Lebanon mentor Lou Davenport who has been working with the partners on this labor of love for the last two years.

Since the early 1990’s Zoetropolis Art House, founded and run by Leigh Lindsay, gathered a crowd of ardent fans drawn to their regular mix of art films, documentaries, and local works. Zoetropolis was later moved to a James Street location where Leigh, Cheila Huettner and Nate Boring helped to nurture and expand the business blending film offerings with collaborations with local businesses, events for cultural awareness and social causes.

With a desire to grow and expand Zoetropolis partners reached out to SCORE Lancaster Lebanon for the assistance of a SCORE mentor and in July of 2016 they began working with Lou Davenport.

“We started working together to explore an opportunity for them to merge their business with another group of entrepreneurs from Sugar Tank. I assisted them with evaluating the pros and cons of joining other entrepreneurs to develop a new business concept for Zoetropolis. We developed a business valuation, discussed buy/sell deal structuring and the best roles for the various owners of the newly restructured business. The outcome was a completed business merger and the development of the plan to move the cinema business to a new location on Water St., along with the creation of a liquor distillery and restaurant business, uniquely tied into the independent movie theater business. The new cinema has been in operation since the spring of 2018 and the new Stillhouse restaurant will be opening in early 2019.”

A new Zoetropolis team had been formed with the addition of Todd Smith and Matt Hostetter and the work on Zoetropolis Cinema Stillhouse had begun.

“For starters, SCORE gave us perspective on how to work together as a team. Lou helped us set up the merger of the current set of 5 partners and organized our efforts together, helped us learn to work together and establish trust. As our team developed, we not only received help from Lou but also from Jennifer who guided our early efforts with developing the restaurant portion of Zoe.”

SCORE Lancaster-Lebanon lead mentors often bring on co-mentors that have specific talents and expertise in areas that will directly benefit their clients. Lou tapped the vast knowledge of SCORE mentor Jennifer Rettew Bushey, owner of Rettew’s Catering to consult and advise the partners on the new restaurant aspect of their project.

“I have focused specifically on the restaurant side of their business venture.  They have developed a theme/vibe for the space and menu, finalized building plans, and hired key staff members. I was struck initially with the fact that they are eclectic bunch and how each partner brought something very special to the table.  I love how in a way they are an unlikely grouping but they "gel" together so nicely.  It has been a pleasure getting to know them.”

This was an ambitious project with a great deal of moving pieces to consider and variables to weigh. But with the guidance of SCORE Lancaster-Lebanon mentor Lou Davenport over these last two years the dream is about to become a reality for the five partners.

“Working with SCORE especially at the start of your business planning is really a huge help. The mentor meetings and classes were full of people we've now seen running successful businesses. They help you plan out everything. Things you hadn't thought of and steps for success. It also helps you consider how much work is ahead of you which is something not everyone thinks through. Working individually with a mentor helped us solve issues that the team struggled with. The genuine care Lou has shown our team is very touching. He wants us to succeed and has really been a huge supporter of our new vision.”

“This is a great example of owners evaluating the possible value of being a smaller fish in a potentially much bigger pond (a Cinema Stillhouse combination) versus being the big fish in their original small pond. That opportunity plus the ability to work with new partners who brought complimentary skills and experience to the partnership was the compelling reason for launching into the new venture. They are betting their money and their sweat equity that it's going to be a great success. I'm with them all the way. This newly restructured business is going to be a resounding success!”

The Zoetropolis team is excited to unveil their vision in the coming weeks and excitement is building in the City of Lancaster for this newest addition to the cultural and culinary scene.

“The restaurant is scheduled to open within the next month or so, fingers crossed! The distillery is also about to start production of our own line of spirits. We'll be serving Vodka, Gin and Rum first and eventually release our aged spirit line. Our new Chef is Gerry Geda and his curated small plates menu will feature locally sourced ingredients. Oscar season is just around the corner and coming February 8th we'll be showing the annual favorite, Oscar Nominated Shorts. Live Action, Animated and Documentary shorts will be shown for several weeks leading up to the Oscars. By that time, we should also be ready to serve food in the theater from the restaurant during showtimes. YIPPEE!” 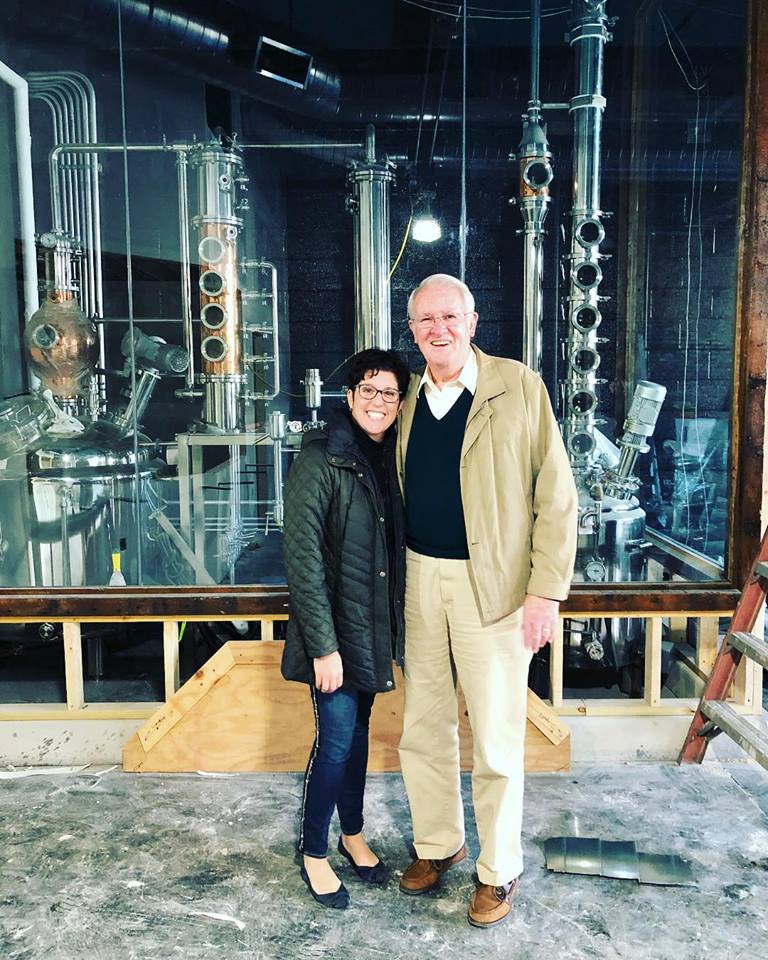 SCORE Lancaster-Lebanon mentor Lou Davenport, known affectionately as “THE business dad” and mentor Jennifer Rettew Bushew, referred to by the team as “the restaurant guru” being given a tour of the progress at Zoetropolis Cinema Stillhouse in November of 2018.